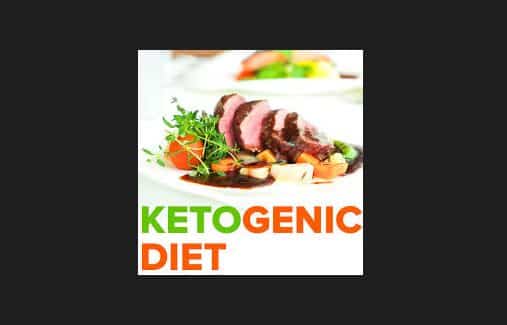 Keto Fab Diet Review: Recent research from the past ten or so years has demonstrated the healing potential of ketogenic diets in a variety of pathological conditions, including cancer, neurological diseases, diabetes, polycystic ovary syndrome, acne, and the reduction of risk factors for respiratory and cardiovascular diseases. The Keto diet no doubt has many health benefits and advantages as compared to other diet plans. Do you think this diet routine may have cons associated with it? Read this article to clear your thought about the pros and cons of the keto diet in detail.

A brief history of the keto diet

Since the 1920s, very low-carbohydrate diets, also known as ketogenic diets, have been used to treat epilepsy. In some circumstances, they can completely replace the requirement for medication. They have gained widespread recognition as one of the most popular strategies for treating obesity since the 1960s. These diets have gained even greater notoriety as a result of being well-known in the 1970s as the “Atkins Diet” and other famous weight-loss regimens. Even the keto diet as a treatment for epilepsy is traced back in the Bible (New Testament, Matthew 17: 14-21). (Source)

What is the keto diet?

Who should try the keto-fab diet?

Anyone with liver or kidney disease, digestive disorders, gallbladder disease, or any other condition is not advised to follow the ketogenic diet. Resnick counsels that “not every diet is good for everybody.” “Our ideologies were not intended to control our nature. Our thoughts about what to eat are not influenced by what our bodies require or desire. More intuitive eating is beneficial for the long term. . However, countless claims that it helps people with cancer, Alzheimer’s, Parkinson’s disease, and other diseases exist, and there is some evidence to support these claims. Anyone with a serious heart problem should exercise caution, and pregnant women should avoid it.

Pros of the Keto Diet

There is no question that utilizing ketogenic diets for weight loss therapy is advantageous; there is a specific metabolic benefit that has lately been thoroughly investigated, igniting interest in the role of the keto diet in weight loss and its effects on metabolism in general.  (Source)

The Keto Diet (KD) appears to have the greatest impact on blood triglyceride levels, but it also has a considerable impact on total cholesterol levels and high-density lipoprotein levels. Additionally, KD has been associated with an increase in the volume and size of LDL cholesterol particles29, which is expected to lower the risk of cardiovascular disease because smaller LDL particles are more atherogenic. (Source)

The positive effects of very low carbohydrate diets in obese subjects are not just due to weight loss per se, but also to improved glycaemic control, hemoglobin A1c, and lipid markers, as well as a reduction in the need for or withdrawal of insulin and other medications, which often takes place before significant weight loss. Additionally, individuals with insulin resistance displayed drastically improved metabolic syndrome indicators in isocaloric trials compared to those with diets high in fat.

Davidson and colleagues proposed that ketones might guard against the cognitive damage brought on by weight gain and obesity. Additionally, there is some evidence to suggest that ketogenic diets may improve mood in overweight individuals. Even though participants may occasionally experience tiredness at the very beginning of a ketogenic diet (the first 4 or 5 days), this effect quickly disappears, and subjects afterward report a better mood. (Source)

Higher dietary protein levels have led to various functional and morphological modifications in those with intact renal function, without any detrimental side effects.

A number of theories have been proposed to explain the mechanism of action of FAB ketogenic diets, including A direct anticonvulsant action of KBs, a reduction in neuronal excitability brought on by KBs, and a potential impact on the mammalian target of the rapamycin pathway is the first two effects.

Randomized clinical trials will be necessary to address the question because it is strong; albeit not yet conclusive, clinical and physiological evidence that the ketogenic diet may lessen the severity and progression of acne.

According to fairly recent research by Fine and their colleagues, the insulin suppression brought on by a ketogenic diet may be a workable supplementary therapy for cancer patients. (Source)

Cons of the keto diet

Keto can cause a rapid, satisfying weight loss that is largely caused by water loss, but like any other diet, it must be maintained to keep the weight off.